Loss Control Consulting: Measuring Your Worth 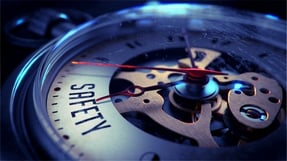 When speaking with our fellow insurance loss control and safety professionals, one of the biggest challenges we consistently face is effectively communicating the value of our function within the organization.

Update: we have published a whitepaper, Leveraging Loss Control as a Competititve Advantage, which goes into greater detail on demonstrating the value of your risk control efforts. You can download here.

This is not simply a question of justification of the existence of loss control altogether, but in the age of technology and efficiency organizations simply want know how effectively any function is performing and whether or not objectives are being met. Certainly this is not unique to the loss control function, but it is substantially more difficult without the hard figures produced by other departments such as underwriting, claims and billing.

In the absence of industry-defined standard indicators, there is a constant struggle to produce quantitative examples of the positive benefits of loss control consulting and safety activities. How do we prove that what we are doing every day is resulting in fewer claims and is benefiting the organization?

One of the most telling ‘units of measurement’ in the loss control and safety function is the recommendation (or requirement or whatever terminology you may use in your organization). Firstly, the action taken on a recommendation by the insured is an initial indication of their dedication to overall safety and risk mitigation. Secondly, the nature of the recommendation itself allows us to place some sort of hard figures on the potential loss which may have resulted from non-compliance or non-remediation of that issue.  Sadly, loss control recommendation management is often an afterthought in many organizations.

One approach you may want to consider in your organization is leveraging your standard recommendation library (traditionally used by field staff to generate more standardized and consistent recommendation letters) and combine this with historical loss data in order to drive an overall figure for “loss avoidance”. To facilitate this type of analysis, an average claim cost is assigned to each of the standard recommendations utilized by the field staff and the data can then be analyzed from the system to show recommendations made by the loss control team and completed in a given period. Of course, to be able to achieve this, each standard recommendation must have a unique identifier in your loss control management system, and the loss data must be readily available to support it. Obviously it would not be an accurate analysis if we assumed that all recommendations made would have resulted in a claim, so it is appropriate to assign a probability to these figures in order to obtain a more conservative estimate. Although you may find an initial skepticism in the figures amongst management counterparts, it is difficult to argue against the rationale so the results can be powerful. A little help from your friendly neighborhood actuary will not only go a long way in supporting this effort, their involvement will also add some credibility to the results of the analysis.

Another technique we have seen which has been quite effective is the concept of presenting management with loss control and safety ‘success stories’. One client’s loss control program targeted a specific commercial occupancy which had a high propensity for fire claims. Based on targeted loss control activities throughout the year, various requirements were put in place with insureds, resulting in not a single fire claim on the books in the period, despite more than 50 of these losses being reported for similar risks in the industry.

You may also want to consider highlighting specific accounts in your loss control system which received targeted loss control and safety attention and highlight the specific improvements in their loss ratios, claims frequency and other account ‘quality’ indicators.

The topic of the actual analysis and selection of accounts for ‘targeted’ loss control activities will be covered in a future post as this is a major emerging trend worth discussing in great detail.